This GPS guide continues the series of Battle of normandy self guiding tours. The tour covers the ground I would cover if I led visitors around on a private d-day tour. It lasts about 9 hours including a lunch stop. The time depends on how much you linger on sites. I don't normally encourage visitors on a private tour to visit museums during the tour,as it's rather a waste to pay a guide while one is musing around a museum. You may well have two days to devote to this area so you can spread it over 2 days with museums visits.

The tour comprises a ZIP file containing itinerary and waypoint files for all major GPS navsats and tools for converting to any others. A pdf file contains the description for each stand on the tour. The PDF is in two formats. One pdf is adapted to screen viewing, so you can have an Ipad d-day tour or a Galaxy tab d-day tour or load into other tablets. Navigation around the file is facilitated by hyperlinks. The other is to print out, as even if you gave a tablet, other members of your group can have their own guide information.You can self guide as if you were accompanied by an experienced battle field guide. 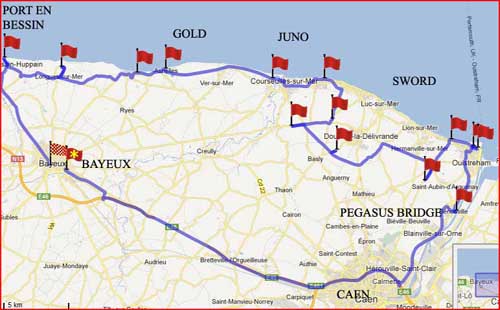 You'll pass in the steps of the commandos who, led by Lord Lovat and accompanied by the piper Bill Millin, marched from Sword to Pegasus bridge to relieve the men of Major Howard.

You will also visit the site where the only Victoria cross winner landed and learn how he earned it. 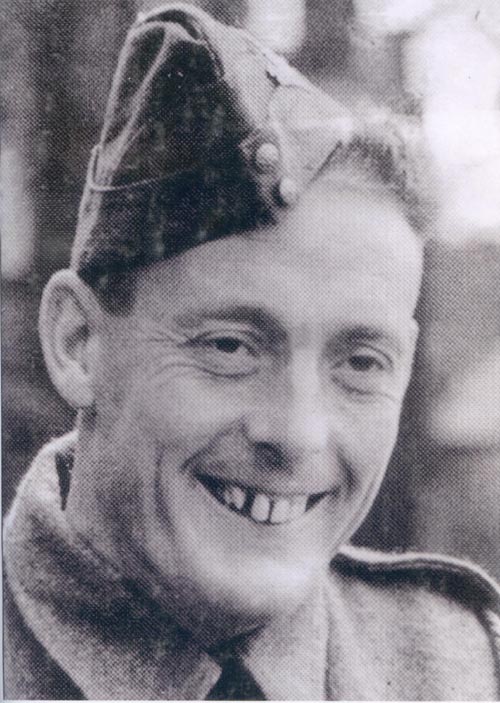 Many extras are included in the ZIP, such as a spread sheet containing over 400 entries of actions and events, and the man involved, such as Richard Winters of Brecourt manor fame and Stanley Hollis. The file can be sorted on the person, the zone, the place, or Date/time.